Following constructive talks with the European Commission, TIM and Vodafone have offered commitments to support access to INWIT’s passive infrastructure by all market participants. Under the commitments, INWIT will make space available to third parties on 4,000 of its towers in more urbanised areas while committing to preserving existing tenancies. The commitments ensure that INWIT can maximise tower utilisation while preserving the ability of Vodafone and TIM to efficiently roll out their respective 5G networks.

The European Commission has confirmed that it is supportive of TIM and Vodafone’s plans to share active network equipment outside of major cities, allowing a faster deployment of 5G over a wider geographic area, at a lower cost, and with a lower environmental impact. The active sharing partnership will exclude municipalities with populations of over 100,000 inhabitants, as well as their more densely populated suburbs.

As a result of the Combination – which was approved with 99.9% of the votes by INWIT minority shareholders in favour, and that is expected to take place by the end of March – Vodafone will receive proceeds of €2,140 million, as announced in July 2019, and both Vodafone and TIM will each hold a 37.5% shareholding in INWIT. INWIT will then pay a special dividend of €0.5936 to holders of the company’s post-merger ordinary shares, as already approved by INWIT’s shareholders on 19 December 2019. Assuming the Combination completes by the May 19th record date, the ordinary dividend for 2019 (to be approved by INWIT’s shareholders on 6 April of this year) will be €0.132 per share. 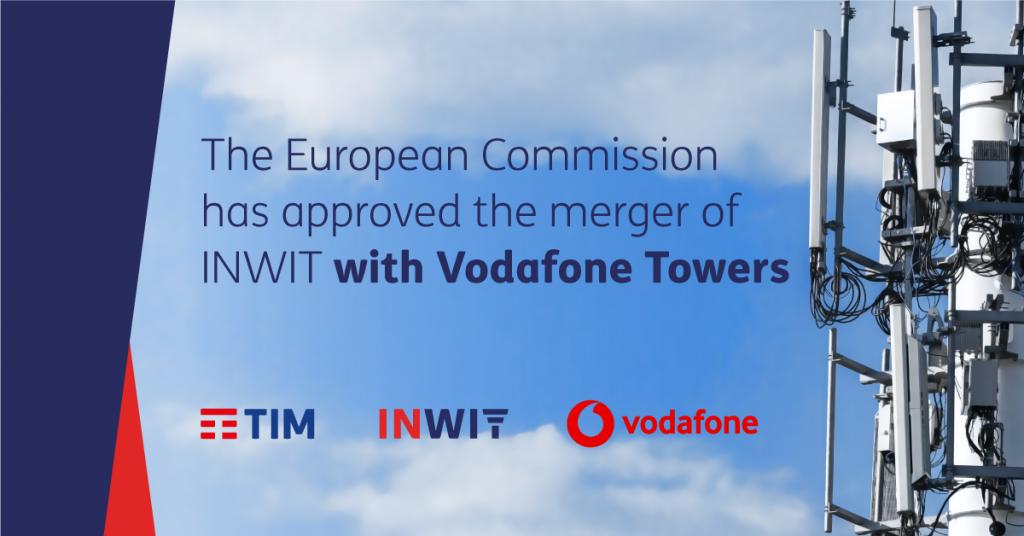